This manual is for organizers of a rally.  It explains the necessary steps to create and manage a rally in the portal.

2.How a rally works

The rally process for the competitor has the following steps.

The competitors sign up for the rally with the organizer.

Before the start of the rally competitors receive the Regulations and knows where and when the start is located.

On the (starting) day  of the rally, the rally is visible in the Rallycheck app.

The competitors receive a road book and are started by the organisation.

After driving the rally, competitors receive an email message consisting of:

The rally organizer of the rally calculates the results using their own system or uses one of the results systems supported by Rallycheck.

At the conclusion of the rally, the organisation publishes the results.

when creating a rally in the Rallycheck portal you will need the following information.

the organizer of the rally is responsible for this information. All the information can be uploaded and configured in the Rallycheck portal.

The following information is used to identify participants:

5.Best practices for the organiser

Placing digital route controls is easy to do, but does have a learning curve. The correct positioning of physical passage and time control is also something that is important. After doing this often, a rally organizer acquires knowledge and skill in placing these controls correctly.

The positioning of digital controls on a route also requires some experience to get it right.

In the following paragraphs we list some best practices for organizers that have just started using Rallycheck.

The correct positioning of a route control on the digital map is important. Here are some best practices.

When using the Rallycheck GPS system we are always asked how accurate the position of a competitor can be determined. In other words can the correct route of the competitor be determined to a few meters. the answer is YES, if use use the system correctly!

What is not possible:

When using a GPS position system you have a pretty good accuracy. There are however, a number of things that can influence the accuracy.  We have listed some of these effects below. This way we hope the organizer of a rally will better understand the technology we use and better understand the possibilities (and limitations) of our Rallycheck GPS system.

6.Placing route controls in the app

You can compose the mother card in the Rallycheck portal. This is the easiest way to make the mother card. We have developed a tool which enables you to simply position controls on a road map. You can add all the relevant information to the route control using the portal. When doing this, you create the entire mother card with all the way points (route controls).

When a competitor selects a rally in the Rallycheck app, the way points that have been created are downloaded to the smartphone.

With the Rallycheck portal an organizer can position all route controls on rhe road map.

The Rallycheck portal is available via https://my.rallycheck.com
You can login using the same username and password combination as with the Rallycheck app. Login is however only available to organizers of a rally. Contact us if you need access to the portal.  The Rallycheck portal is being actively developed and the functions and tools within the portal are continuously being enhanced. Our goal is to create a complete environment for the organisation of rallies.

Using the portal you can insert passage controls and time controls online. Just click on the road map to position a control and enter the relevant information.

Based on your evaluation of the route you can change or improve certain aspects of the positioning of route controls.

After completing the rally a competitor receives an email message with an overview of their control card. Basically all the controls that are also seen on the smartphone. At the top of the email there is room to place your rally’s rally sign.

The digital rally sign has the following dimensions: 320 x 199 pixels.

The digital rally sign is a .png file. See the following example. 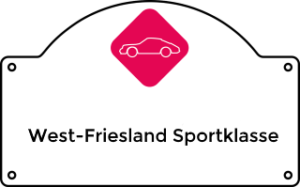 An organizer can upload the digital rally sign in the portal on the “Edit Rally” page.

In the Rallycheck app a competitor can select a rally.  The app shows the name of the rally preceded by a logo of the rally.

The digital logo is a .jpg file. See the following example.

Although the logo is square, it will show as a round logo in the Rallycheck app. Please postion the logo in such a manner that loss of the information in the corners is expected.

The logo can be uploaded in the Rallycheck portal on the “Edit Rally” page.

After completing the rally a competitor will receive a link tot a personalized explanation document. This is a PDF document. The document has the following sections:

Sending the link to the explanation document is of course optional. We do advise all rally organisations to do this as it enhances the rally experience for your competitors!